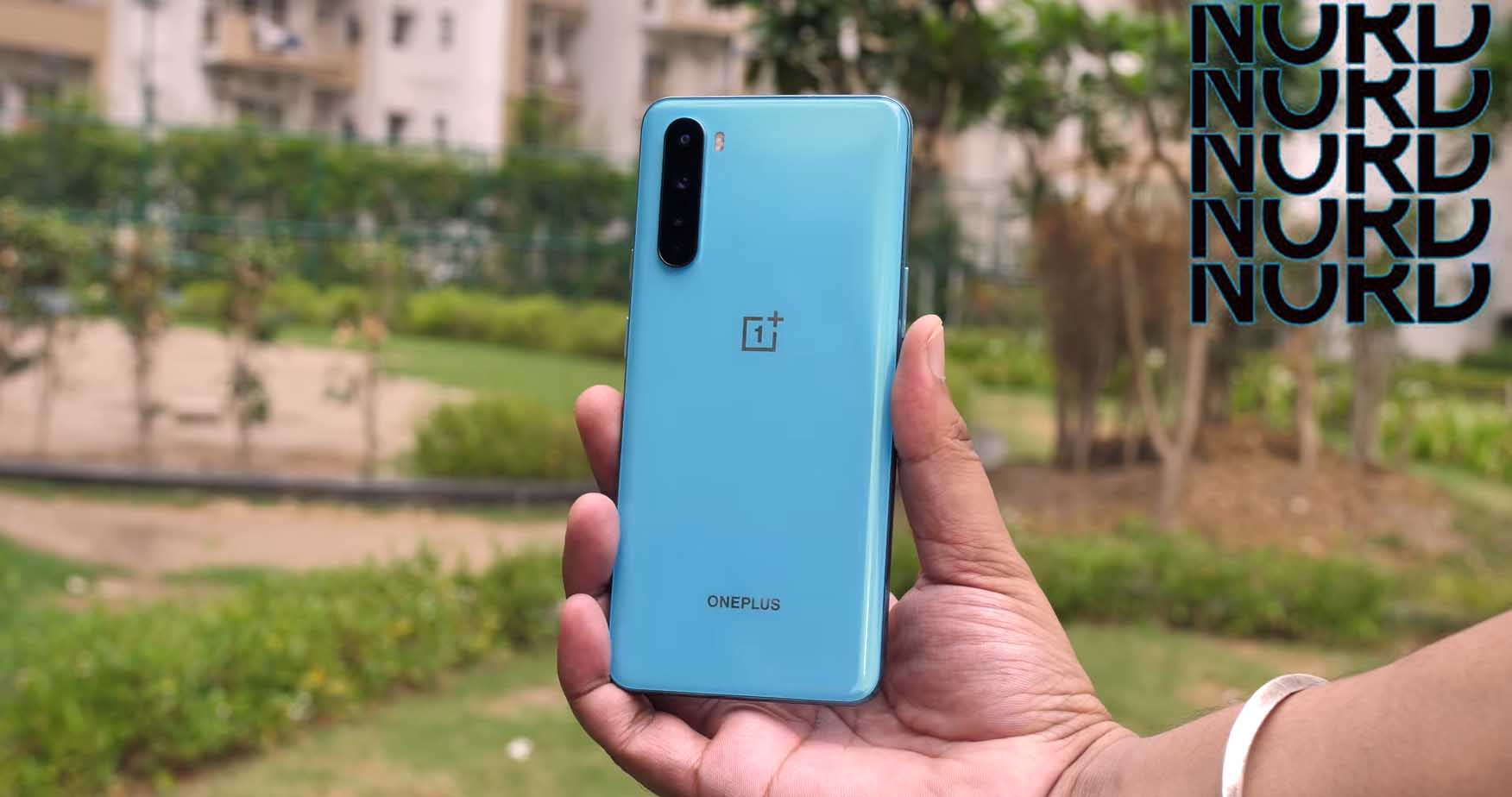 OnePlus has finally launched its most hyped and awaited mid-range smartphone - OnePlus Nord. OnePlus was working hard for the promotion of this phone and now they finally made it live in the world’s first AR launch. The phone was rumored to launch with the name OnePlus Z or OnePlus 8 Lite but that came out to be wrong. With this new model, OnePlus supposedly wants to hold back in the mid-range segment. For this, the company is has launched OnePlus Nord with impressive specifications and competitive pricing. OnePlus made its debut as a flagship killer company, but now after the launch of the OnePlus 8 series, the company’s smartphone prices have skyrocketed. OnePlus Nord is available for pre-booking in Oliz Store and only 8/128GB variant is available for now. The price of OnePlus Nord in Nepal is Rs. 53,999 for the 8/128GB variant.

OnePlus is trying to regain its old name of the flagship killer brand with OnePlus Nord. With OnePlus Nord, the company will surely offer stiff competition for brands like Xiaomi, Oppo, and Vivo which are doing very good in mid-range segments. CEO of OnePlus Pete Lau had also confirmed that OnePlus was planning to launch an affordable variant in the Indian market very soon. Acknowledging the fans of OnePlus in the Indian market another low-cost market, OnePlus launched its sub 400$ smartphone.

OnePlus Nord is a true mid-range killer phone that comes with hole-punch display design and quad rear camera setup. The phone is powered by a new mid-range Snapdragon 765G chipset that supports 5G connectivity. The company claims that it has done 300 optimizations for a fast and smooth experience in OnePlus Nord.

OnePlus Nord comes with a flat display which is equipped with an in-display fingerprint sensor. It has a 6.44-inch full-HD + (1,080x2,400 pixels) fluid AMOLED display, with a 90Hz refresh rate and a 20: 9 aspect ratio. There is Corning Gorilla Glass 5 protection on the display. It is equipped with features such as night mode, reading mode, and video enhancer.

Apart from this, the phone has a pilled shaped dual hole-punch cutout, which is placed at the top left of the display. OnePlus last used the hole-punch display design with OnePlus 8 and OnePlus 8 Pro phones. The volume rocker on the left, while the power button is set on the right side of the phone. The rear panel of OnePlus Nord has a vertically arranged Quad-Camera setup along with an OnePlus’s blue-colored logo in the middle.

OnePlus Nord comes with quad rear cameras with a 64 megapixels primary sensor. OnePlus has confirmed that the primary sensor on the phone is the same that is used on OnePlus 8 and OnePlus 7 Pro. The primary sensor also features Optical Image Stabilization(OIS) and this is probably the first mid-range phone to feature this feature. Additionally, there is an 8-megapixel ultra-wide sensor with 116 degrees Field of View (FoV). The other two sensors are the 2-megapixel macro sensor and the 5MP depth sensor.

There is a dual-camera setup at the front for the selfies. The primary camera is of 32MP an f/2.5 aperture placed in the pill-shaped hole-punch. The next camera is of 8MP and it a wide-angle sensor with 105 degrees FoV. The phone is capable of shooting 4K@30fps, 1080p@30fps, and has support for OIS and gyro-EIS.

OnePlus Nord Battery, Connectivity and Others

The battery of OnePlus Nord is 4,115 mAh which supports warp charge 30T. OnePlus claims that the phone charge to 75% from 0 in just 30 minutes. The dimensions of the smartphone are 158.3x73.3x8.2 millimeters and weighing 184 grams.

The greatest point of this phone is its price. The phone comes in three variants and base variant of the 6 GB RAM and 64 GB storage is priced in India at INR. 24,999. The 6/64GB variant in India exclusive variant and it is not launched in the other parts of the world. There are two other variants of OnePlus Nord and the 8/128GB variant costs INR 27,999 and the top variant of 12 GB RAM and 256GB storage is launched at INR 29,999.

Talking about the price of OnePlus Nord in Nepal, the phone is expected to be available at Rs. 45,599 for the base variant of 6/64GB. Similarly, the price of 8/128GB set at Rs. Rs. 53,999 which is available for pre-booking and the 12/256GB variant is expected to cost Rs. 58,599. While it is not sure when the phone will arrive in Nepal. With this price, the phone will compete with recently launched Mi Note 10 Lite and Samsung Galaxy A71. The phone is still a lot more cheaper than iPhone SE 2020 which starts at Rs. 73,000. Check out the latest price list of OnePlus phones in Nepal.