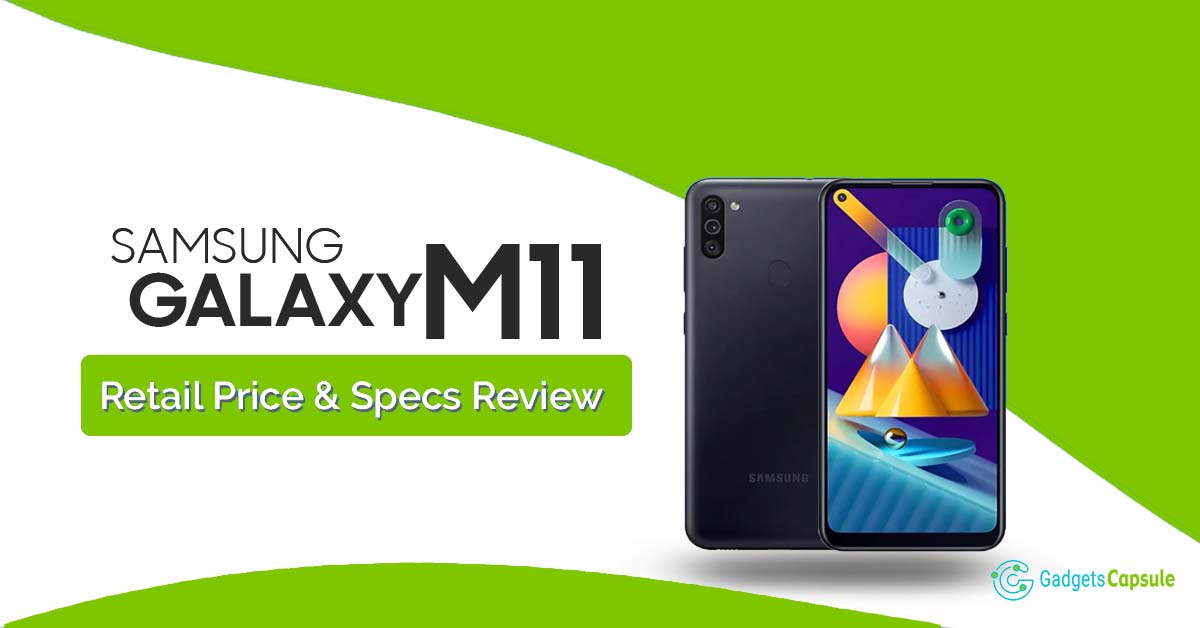 Samsung Galaxy M11 and Galaxy M01 have been launched in India by the South Korean company as their budget offering. After the launch in India, the phone made its way to Nepal as well. Samsung Galaxy M11 has launched in Nepal. The Galaxy M11 was launched earlier this year in the United Arab Emirates (UAE). It is an entry-level handset with great offerings. The phone was launched in India at the price of INR. 10,999 for 3/32GB variant and INR. 12,999 for a 4/64GB variant. Samsung Nepal launched the base variant only at the moment.The price of Galaxy M11 in Nepal Rs. 18,999 for the 3/32GB model and the expected price for the 4/64GB variant is Rs. 22,499.

The Galaxy M11 aims to be a good entry-level handset that seems to be competing with Xiaomi’s Redmi 9 which was recently launched. The phone comes with hole-punch display design and includes a triple rear camera setup. At the same time. It runs on One UI based on Android 10 and includes Dolby Atmos support.

Galaxy M series phones come with the plastic build to make the pricing competitive. Viewing the phone, we can be sure that Samsung has done hard work to keep the price as low as possible. There is a plastic back with a glossy finish. The phone looks much similar to all other Samsung phones in the M series line of this year.

Galaxy M11 boasts a large display that measures 6.4’’ and has thin bezels at the top and the sides with a considerably thicker chin. The display at the top houses a tiny selfie camera and an earpiece at the front. Samsung has used 6.4-inch HD (720x1560 pixels) TFT Infinity-O display panel with 19.5: 9 aspect ratio

The Dual-SIM (Nano) Samsung Galaxy M11 runs on One UI 2.0 based on Android 10. The smartphone is powered by an octa-core Qualcomm Snapdragon 450 chipset, which comes in 3 GB and 4 GB RAM options. There are two variants of the phone based on RAM and storage - 3/32GB and 4/64GB variants. It has an option for expandable storage with the microSD card. The almost similarly priced Redmi Note 8 comes with Snapdragon 665 which is far better.

The phone packs a triple camera setup at the back which is equipped with a 13-megapixel primary sensor with f/1.8 aperture. Apart from this, the setup includes a 5-megapixel ultra-wide-angle lens and a 2-megapixel depth sensor with f/2.4 aperture. The front of the phone has an 8-megapixel selfie camera with an f/2.0 aperture.

For the videos, you can shoot 4K resolution videos at 30fps. The 1080p can go up to 60fps. The front camera is also capable of shooting 1080p videos.

The Samsung Galaxy M11 phone comes equipped with a 5,000mAh battery, which supports 15W fast charging. Samsung is focusing on bigger battery phones these days as the elder siblings of Galaxy M11 - the Galaxy M21 and Galaxy M31 both packs massive 6000mAh battery. Apart from this, the dimensions of the phone are 161.4x76.3x9.0 millimeters and weighs 197 grams.

For the connectivity, the phone has a Dual-SIM option with 4G support on both SIMs, has a support for Bluetooth 5.0, and a USB-C port at the bottom for file transfer and charging.

The clash between Samsung and Xiaomi is getting interesting. Soon after the launch of Galaxy M11, Xiaomi has launched Redmi Note 9 at unbeatable pricing in Nepal. If you are searching for similar or better phones in this price range, Realme 6 Pro, newly launched Redmi Note 9 Pro can be a good option. Don’t forget to check the latest price list of Samsung phones in Nepal as well.