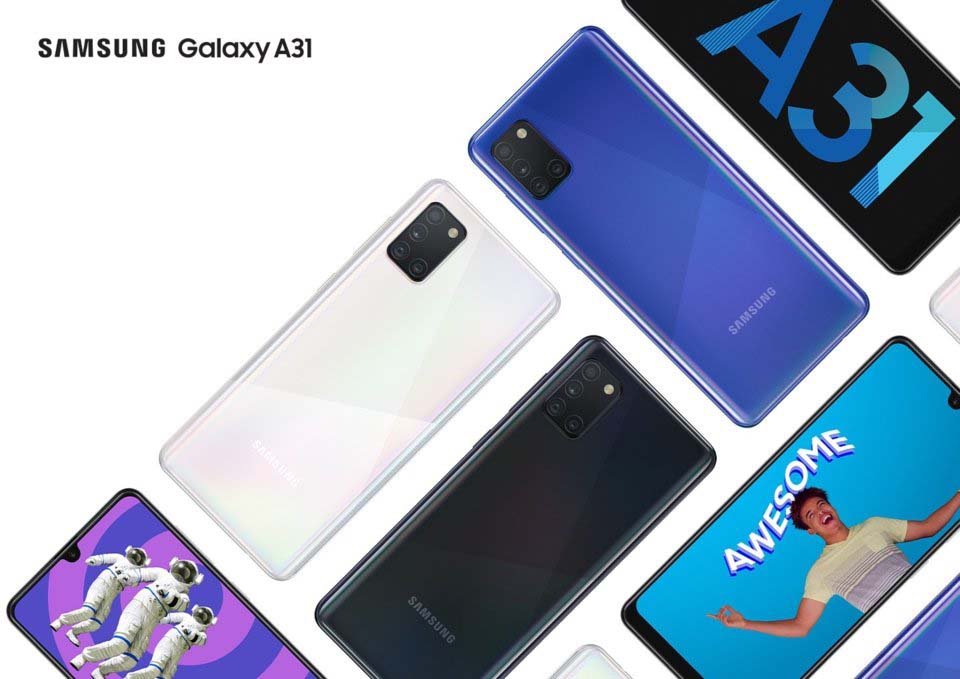 The company has also added 6 GB RAM and the latest Android 10 on the phone. Talking about other features of Samsung Galaxy A31, it comes with an in-display fingerprint sensor, microSD card support, and fast charging support. The Galaxy A31 will be sold in three colors in the market.

You can play games like Call of Duty and PUBG without any stutters or lags. The phone rocks Samsung’s latest One UI that makes a host of changes to improve the user experience.

Talking about camera setup, the Samsung Galaxy A31 comes with four rear cameras. On the backside are a 48-megapixel primary camera, 8-megapixel ultra-wide-angle camera, a 5-megapixel macro camera, and a 5-megapixel depth sensor.

A 20-megapixel sensor has been given on the front panel, which has got a place in Waterdrop Notch.

The Samsung Galaxy A31 battery is 5,000 mAh. The battery comes with 15 Watt fast charging support and has USB Type-C for connectivity.

The Samsung Galaxy A31 has features such as Samsung Pay and an in-display fingerprint sensor.

The Samsung Galaxy A31 is in the Indian market for Rs 21,999. This price is of 6 GB RAM and 128 GB storage variants. The phone will be available in Prism Crush Black, Prism Crush Blue, and Prism Crush White. The sale of the phone already stared from Amazon, Flipkart, Samsung India store, and the company’s authorized offline retail stores.

It is expected to launch in Nepal as well. The price of Galaxy A31 in Nepal is expected to be Rs. 35,999 for 6/128GB model. Samsung Nepal recently launched mid-range battery champs - Galaxy M31 and Galaxy M21 at competitive pricing.

If you are looking for similar phones in this price range, Realme X2, Redmi Note 9 Pro, and newly launched Mi Note 10 Lite can be a good option. Realme 6 Pro is also expected to arrive in Nepal very soon. Don’t forget to check the latest price list of Samsung phones in Nepal as well.