Samsung Galaxy A01 Launched in Nepal - Price, Specs and More 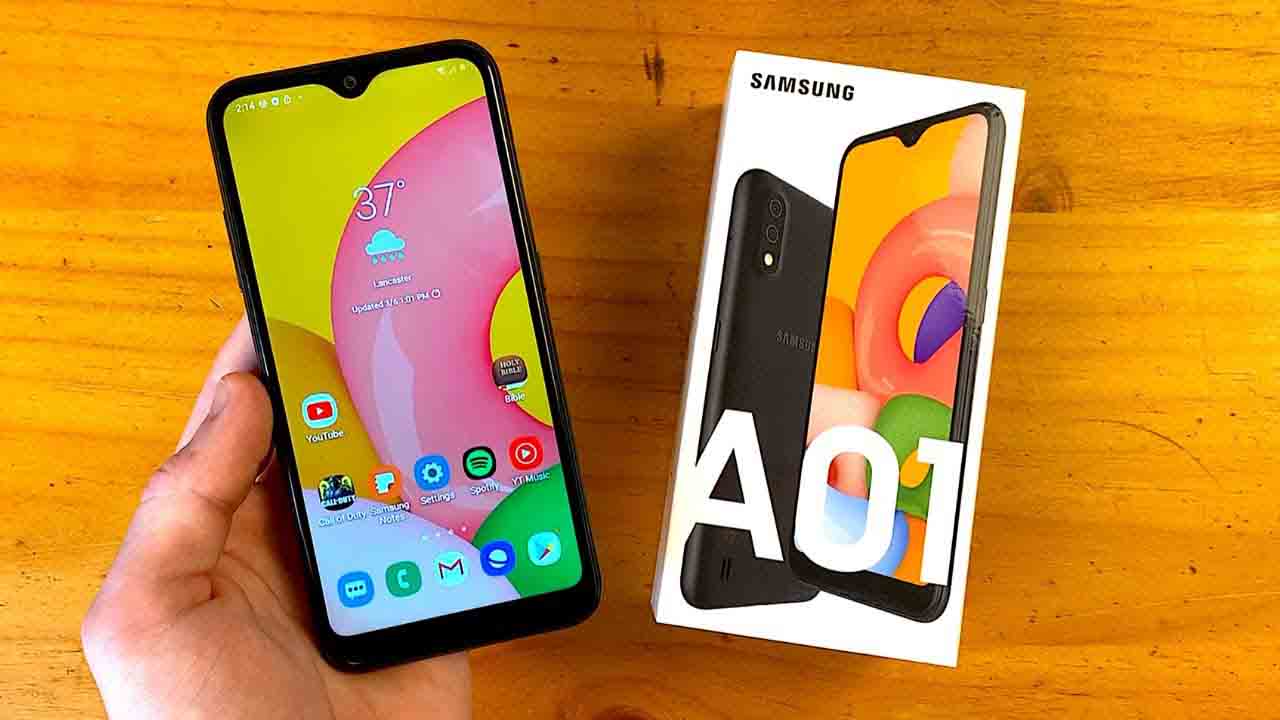 Samsung Galaxy A01 comes with Waterdrop Notch and dual rear camera setup. Talking about the key features, the Samsung Galaxy A01 has a 5.7-inch HD+ Infinity V display, up to 2 GB of RAM, microSD card support, and a 3,000 mAh battery. It runs on One UI based on Android 10 and doesn’t have any biometric security.

Samsung Galaxy A01 comes with an Infinity V display with a big chin at the bottom. The dual-camera setup on the rear is in a vertical position at the top left side. The power button is placed on the left side of the screen, while the volume buttons are on the right edge.

The handset is powered by Qualcomm SDM439 Snapdragon 439 (12 nm) chipset. It is coupled with 2GB of RAM and has two storage variants. The two variants of the phone are - 2/16GB and 2/32GB. It runs on One UI 2.0 based on Android 10. While it comes to performance, the recently launched Realme C3 is far ahead with its Mediatek Helio G70 (12 nm) chipset.

The Samsung Galaxy A01 battery is of 3,000 mAh. If you’re looking for even cheaper phones with a removable battery, recently launched Nokia C2 comes with 2800 mAh removable battery. A01 does not support fast charging as it is not mentioned on Samsung’s website.

The phone comes with dual-SIM support and FM radio. Proximity sensor, light sensor, and accelerometer sensor are part of this phone. The dimensions of the Samsung Galaxy A01 is 146.3x70.86x8.34 millimeters.

Galaxy A01 Price in Nepal and Availability

Galaxy A01 has launched in Nepal as is available for purchase. It is available in three color variants of Black, Blue, and Red. The price of Galaxy A01 in Nepal is Rs. 13,499 for 2/16 GB model. Looking at the price, the phone seems to be a direct competitor of Xiaomi’s Redmi 8A. It is also one of the best phones under Rs. 15,000 in Nepal.

Lastly, don’t forget to check the latest price list of Samsung phones in Nepal as well.