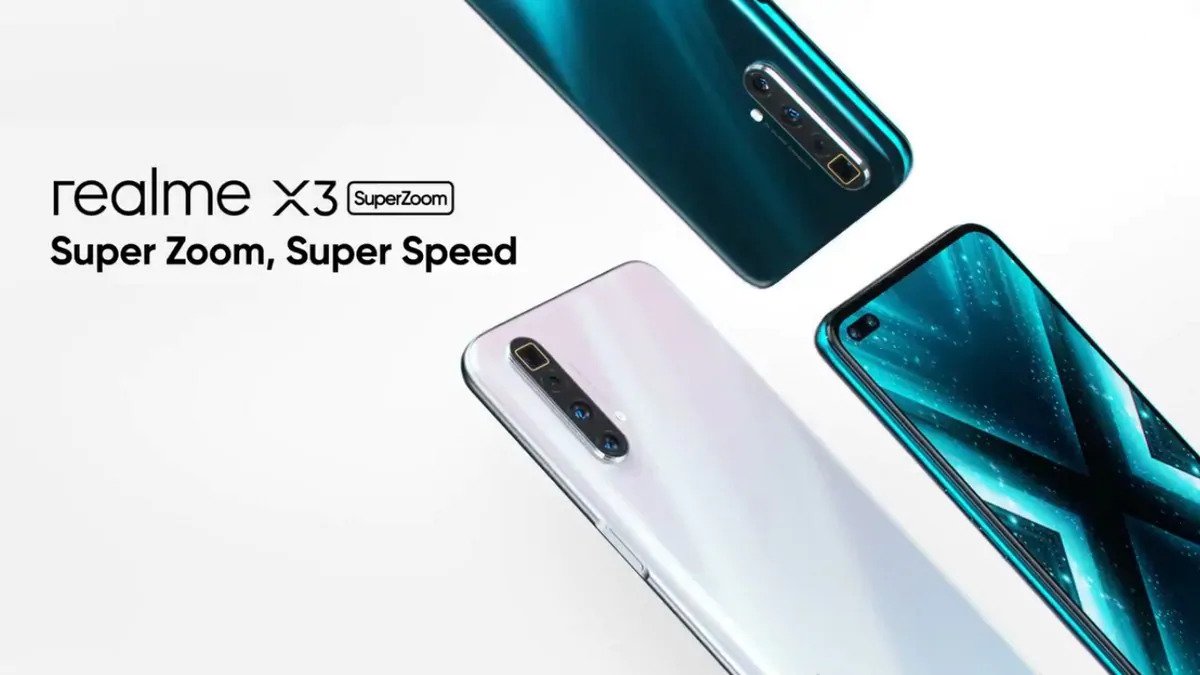 The key specifications of the phone include Qualcomm Snapdragon 855+ chipset and a 12GB and 8GB RAM. There are dual front camera and a 120Hz refresh rate display. The phone also comes with a Quad rear camera setup along with a periscope camera, which supports 60X ‘Superzoom’.

While it comes to the design, the X3 SuperZoom looks almost similar to Realme X2. The phone has a plastic back with a Gorilla Glass 5 protection at the front. It has a Quad camera array sitting at the top left corner along with a fingerprint at the side as that of Redmi Note 9 Pro.

SuperZoom features a 6.6-inch full-HD + display with a resolution of 1,080x2,400 pixels. It has an LCD display, which comes equipped with a 120Hz refresh rate and Corning Gorilla Glass 5 protection. The compact smartphone measures 163.8 x 75.8 x 8.9 mm in dimension and weighs 202 grams.

The phone is powered by an octa-core Qualcomm Snapdragon 855+ chipset, coupled with an Adreno 640 GPU. Realme X3 SuperZoom includes LPDDR4x RAM with support of up to 12 GB and UFS 3.1 storage up to 256 GB. There is no option for expandable storage and the variants of 8/128GB and 12/256GB seem to be enough for storing things on smartphones for most of the people.

On the software side, the Realme X3 Superzoom runs on the Realme UI based on Android 10.

Realme has invested much in the camera department on this smartphone. Realme X3 Superzoom has a quad rear camera setup, which includes a 64-megapixel primary sensor with f/1.8 aperture. It comes with an 8-megapixel sensor with a periscope lens, which is equipped with a 5x optical zoom, 60x digital zoom, and optical image stabilization (OIS).

The Realme X3 SuperZoom has a 4,200mAh battery, which supports 30W dart charge. The battery capacity of phone is alsmot similar to that of cheper Realme 6 Pro. Samsung has included huge 6000mAh batteries on its new Galaxy M21 and Galaxy M31 which can be a good option for power users.

The phone is available in Arctic White and Glacier Blue color options. For now, Realme is selling the phones in Europe from June 2 and in India on 25th June. Check out the latest price list of Realme phones in Nepal.

OnePlus also launched OnePlus Nord soon with similar kind of specs. If you are looking for better phones, you can go for Mi 10 5G which is available in Nepal.