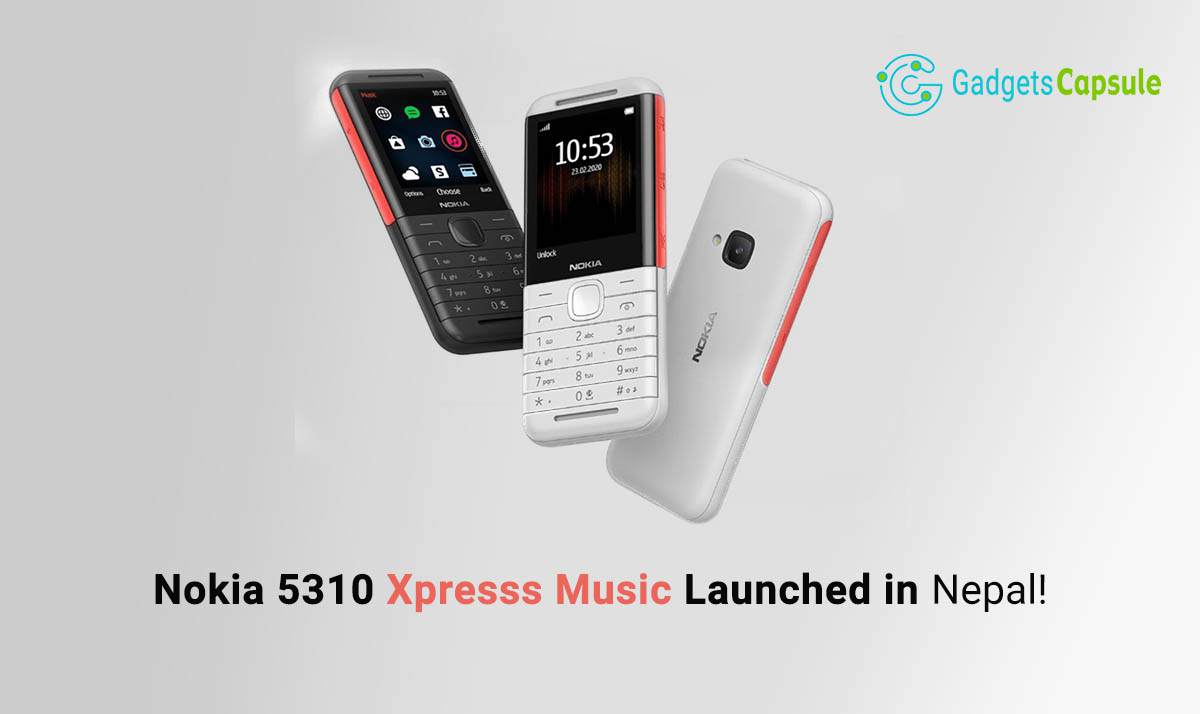 Nokia had launched Nokia 5310 Xpress Music back in 2008. After 12 years later, the company has re-launched the successor to the original XpressMusic in the form of the Nokia 5310. Teletalk Pvt. Ltd., has launched the phone in Nepal a few days after the launch in India. Nokia 5310 Xpress Music was a milestone-gadget that bettered cell phones to become the primary source of music for users. Nokia 5310 was launched in India at the price of INR. 3,399. The price of the Nokia 5310 in Nepal is Rs. 5,449. Check out the latest price list of Nokia phones in Nepal.

As we all are familiar with this legendary smartphone, Nokia XpressMusic needs no introduction. It was so popular a decade ago that everyone either owned one or likely knew someone who did. Nokia 5310 relaunched this handset as a music-oriented feature-phone. This is a basic phone with a basic feature that is more focused on being a go-to-go music player.

Talking about the specifications and features of the Nokia 5310 Xpress Music, the phone comes with a 2.4-inch QVGA display with a resolution of 240x320 pixels. The phone looks almost similar to the older generation Xpress Music which has a dedicated music button on the side of the phone for music controls.

It is powered by a very basic Mediatek MT6260A chipset and is coupled with 8MB of RAM. The phone has 16MB of internal storage, yes 16MB to store contacts, and some images. You can expand the storage with the help of an external SD card. The feature phone runs on Nokia Series 30+ OS.

Other features of the Nokia 5310 includes wireless FM radio, which you can listen to with your earphones plugged in. There is a simple VGA camera at the back whose images takes you back to the 2010s. It supports dual-SIM (mini SIMs) and is fuelled by a 1,200 mAh removable battery. The battery can easily last you for a day or more and this is of course sure. Other connectivity options include micro USB 1.1 port, a 3.5 mm audio jack, and Bluetooth 3.0.

Moreover, the phone is available in two color variants of Black and White which looks very beautiful. The phone will surely make you nostalgic with its looks and features.

The budget-friendly Nokia 5310 featured phone is priced at INR 3399 in India. The price of the Nokia 5310 in Nepal is NRs. 5,499 which is quite an appealing deal. The phone will be available in the market very soon. This is another smartphone from Nokia soon after the launch of the entry-level - Nokia C2 smartphone.