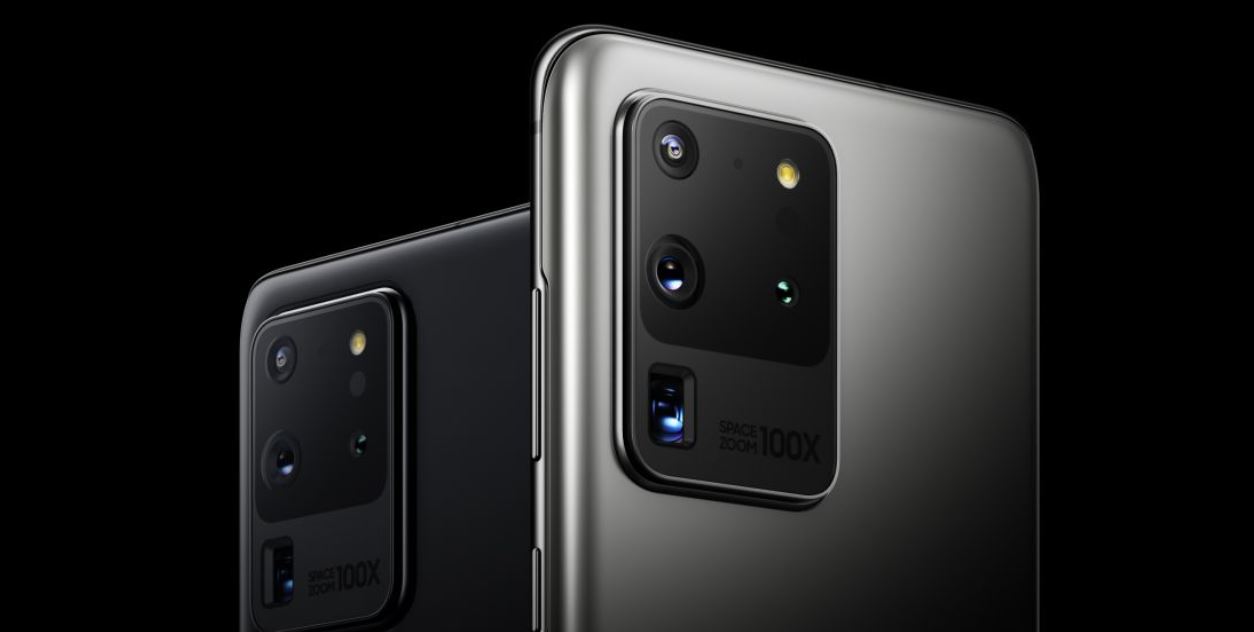 Samsung had launched three phones in their flagship lineup of S series earlier this year. Galaxy S20 and S20+ were already available in Nepal, and now Samsung Nepal has launched top-end Galaxy S20 Ultra in Nepal. The phone was launched earlier in February internationally. The handset is a true flagship phone with killer specifications that endeavors to satisfy all of your wants. It ticks all the checkmarks with flying colors to be a standout flagship phone. The price of Galaxy S20 Ultra in India is INR 97,990, and the price in Nepal is Rs. 159,999 for 12/128GB variant.

Galaxy S20 Ultra flaunts glass sandwich design which looks inspiring. There is a Gorilla Glass 6 protection on either side. The last bezel-less display with a tiny hole punch at the center top makes it even more beautiful. The Samsung Galaxy S20 Ultra has a 6.9-inch quad-HD dynamic AMOLED 2X display. It has a Quad-HD+ display with a resolution of 1440 x 3200 pixels. The display on the phone refreshes at 120Hz like that of OnePlus 8 Pro but less than the upcoming Asus ROG Phone III .

The device features an under-display ultrasonic fingerprint scanner which is Samsung’s proprietary tool. Talking about the button positions, there are a volume rocker and power button on the right side.

There are two variants of S20 Ultra - Qualcomm Snapdragon 865 variant and Exynos 980 variant. Both these chipsets have octa-core processes that are based on a 7nm+ platform. These are the most powerful chipsets available in the world right now. Basically, we get Exynos variant here in Nepal and Indian market as Samsung doesn’t ship Snapdragon variants in these regions. There is support for 5G networks that supports all 5G bands - Sub6, SA, and NSA. The latest chipset also powers the newly launched Xiaomi flagship phone in Nepal - Mi 10 5G.

The handset is coupled with 12GB of RAM and 128GB of internal storage with an additional option for expandable storage. The phone rocks on Android 10 on top of One UI 2.0.

Galaxy S20 Ultra comes with an awesome set of cameras. There are altogether 4 cameras at the back and a single selfie shooter up front. It has a 108MP primary camera along with 48 MP, f/3.5, periscope telephoto camera with OIS that is capable of 4x optical zoom and 10x hybrid zoom. Samsung has given the name of Space Zoom as the phone can go up to 100X digital zoom. Additionally, there is a 12MP ultra-wide camera that is capable of taking super steady shots and a Time Of Flight (TOF) sensor for depth sensing. It is capable of shooting 8K videos and this is the first phone capable of this new technology.

For the selfies, you’ll get 40MP f/2.2 snapper at the front residing in a tiny punch hole positioned at the top center of the display. The selfie cam is capable of shooting 4K and 1080p videos @30/60fps.

S20 Ultra comes with a huge battery with a capacity of 5,000 mAh. This a requirement for the handset this powerful and has a 120Hz qHD display. The phone has support for 45W Wired Fast Charging, 15W Wireless Fast Charging, and 9W reverse wireless charging.

For the connectivity, the Mi supports Wi-Fi, Bluetooth 5.1, and a USB Type-C port.

Galaxy S20 Ultra was launched in India and Samsung Nepal has launched the phone in Nepal as well. The price of Galaxy S20 Ultra in India is INR. 97,999 and The price of this phone in Nepal is Rs. 159,999 for the 12/128 GB variant which is pretty reasonable. The phone is available in three color variants of Cosmic Grey, Cosmic Black, and Cloud White.

Poco has launched the Poco F2 Pro at a lot less price as compared to S20 Ultra. It packs SD 865 and could be a great option for a budget flagship phone seeker.