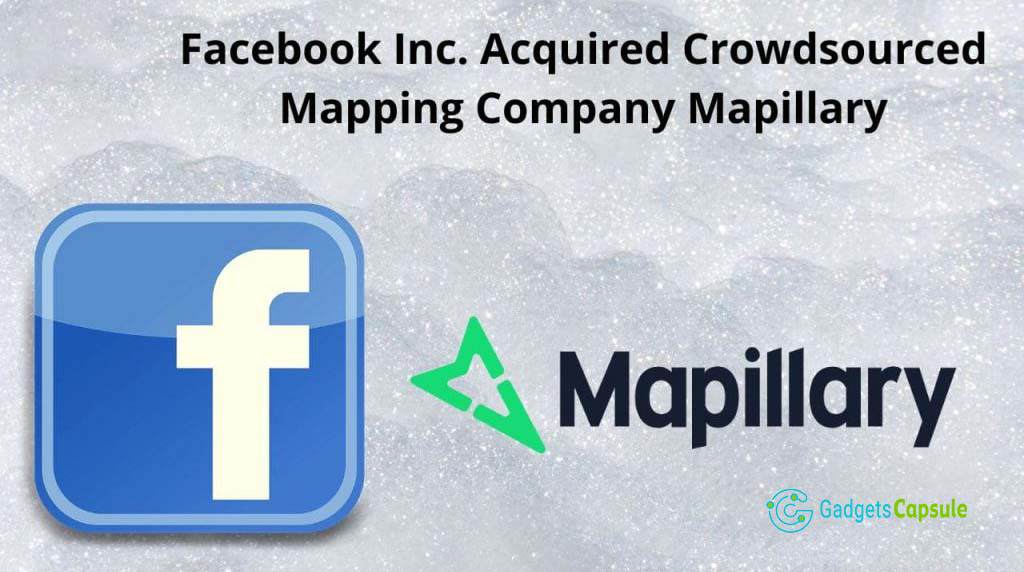 The Swedish startup Mapillary is considered a Google Maps challenger with its crowd sourcing-based Google Street View alternative. The startup company is now purchased by Facebook. Facebook has been working hard on maps and this is another step from the social media giant to upscale its mapping services.

“With tens of thousands who contribute to our platform and with maps that are improved daily with our data, we are now taking the next big step. We are pleased to announce today that Mapillary has joined Facebook to support its open mapping plans”, Jan Erik Solem, founder, and CEO of Swedish startup Mapillary wrote on the company blog. No information has been disclosed on the price that Facebook paid for the Google Maps challenger in the takeover deal.

Mapillary builds its map content on OpenStreetMap and crowdsourcing. This means that the Google Street View-like map system largely consists of user-generated content. Around 1.2 billion pictures of streets around the world are currently in the underlying database, according to the company’s website. For its part, Facebook wants to make progress in the field of mapping with the help of machine learning and satellite imagery, which is now supported. Solem writes, “These cards are the basis for products like the Facebook Marketplace, which drive transactions for millions of small businesses and important data for humanitarian purposes deliver organizations around the world ”.

Since 2013, users in around 190 countries have been using smartphones to compile photos. You can create a street-level view with all four dimensions by placing all those photos in Mapillary software. This crowdsource is similar to Google Street View.

Until now, all images of Mapleri have been used by everyone for non-commercial purposes. But since last Friday, it has also been free for commercial use. The new law also hints at how Facebook will incorporate the service into its platform.

Tips: How to Save Facebook Photos to Google Photos